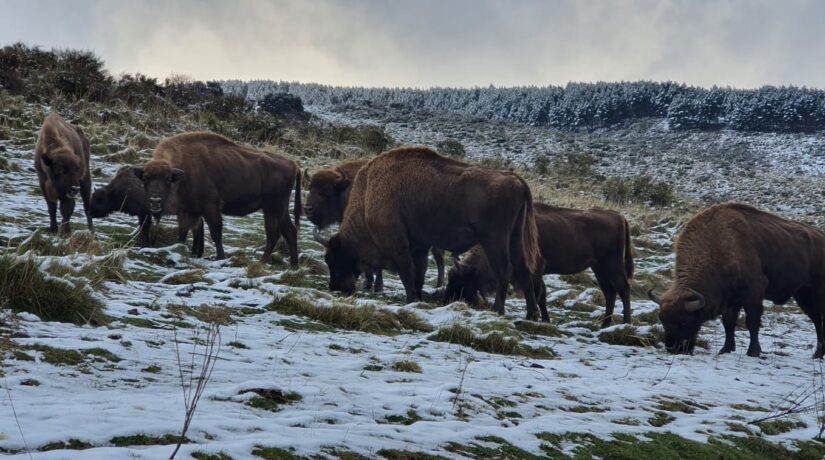 Polish wisents went to Spain again. On January 10, eight European bison from four Polish breeding centres started their long journey to the the European Bison Conservation Center in Spain (EBCC). The EBCC, remaining in regular contact with SGGW scientists from the Institute of Animal Sciences, is to take care of the European bison. Specialists supervise the animal selection and the course of transport.

Preparation for the transport began in 2021, as all animals had to be examined, and required documents, i.e. veterinary certificates or permission to export the protected species  by GDOŚ (The General Directorate for Environmental Protection), had to be received.

The destination places were: La Serreta, registered in the European Bison Pedigree Book and the new enclosure near San Rafael, Finca Venta Cornejo y Las Hoyadas. Both breeding centers are located in the Province of Segovia, Spain. Currently, there are 24 European bison in La Serreta, mostly from Poland.

European bison selected for export come from the four Polish centres. Those were; POGAJEK 14393 and POGAJEK 14727 from the enclosure in Forest Culture Center in Gołuchów, POLINKA II 13708 and POSIA 13708 from the  Breeding Centre in Niepołomice Forest District, POTNAR 13713 and PLACUCH 14072 from Pszczyna – Jankowice (Kobiór Forest District), and POZNAJKA II 14542 and POLENKA II 14543 from the Warsaw Zoological Garden.

Animals were transported in the same truck, but each of them was placed in a separate wooden box. Remarkably, such method of European bison transport has been used for over 150 years. In 1929, the first two wisents purchased from the Berlin Zoological Garden were brought to Białowieska Forest in similar wooden boxes. The boxes are designed to ensure animals safety and welfare. During transport, animal can lie down, however the box is narrow enough to unable the animal to turn around. That is important for the European bison safety, as too much space allows animals to struggle and may lead to injuries.

The main purpose of the European bison exchange is to increase the current range of the species and to create its new locations. European bison transports also prevent to mating closely related individuals, what is crucial for  species with extremely low genetic variability. 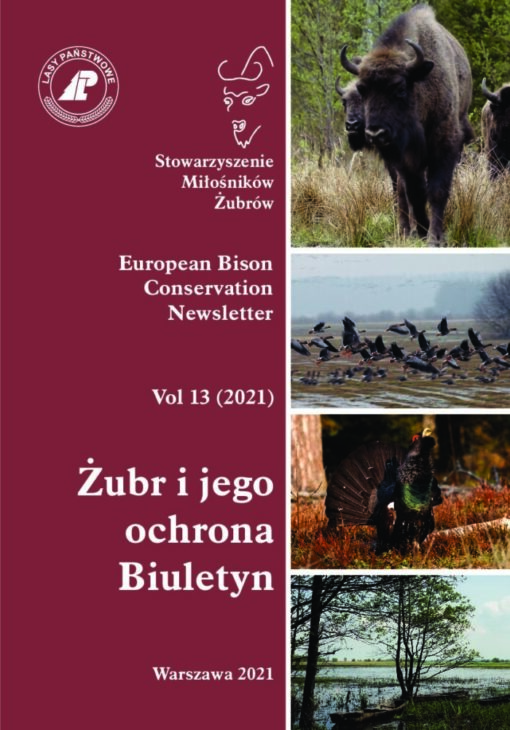 We have started the process of preparing the European Bison Conservation Newsletter in order to include it on the list of journals indexed in the SCOPUS database. The new website of the journal is available at http://ojs.wisent.org/ Since 2008, the European Bison Conservation Newsletter was published annually in connection with international conference devoted to European... END_OF_DOCUMENT_TOKEN_TO_BE_REPLACED 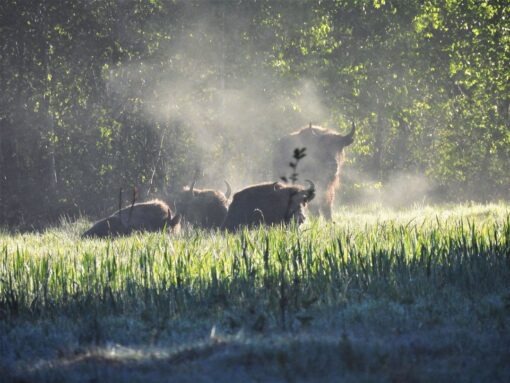 European Bison Friends Society would like to invite you to the XIX International Scientific Conference about wisents on September 8th -9th, 2022 in a hybrid mode: on-site in Janów Lubelski and online. There will be the nineteenth international meeting devoted to wisent. The conference will be held in Janów Lubelski. In this city there is an avenue... END_OF_DOCUMENT_TOKEN_TO_BE_REPLACED 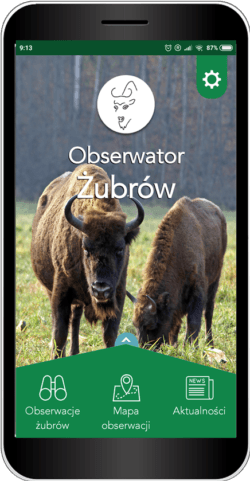